Today the European Muslim League reaches out to reassure all of our Jewish friends that we stand in solidarity with them following the worst anti-Semitic attack in American history.

Eleven people died when a white supremacist gunman, shouting "all Jews must die," burst into a Pittsburgh synagogue during a circumcision ceremony on Saturday. The three women and eight men killed included a 97-year-old woman. Six others, including three police officers, were injured.

This act of pure evil appears to have been motivated by acts of kindness because the Tree of Life synagogue was one of many participating in special Shabbat services designed to reach out and help today's refugees.

The suspect had left a trail of anti-Semitic and anti-Muslim messages on social media, including sharing posts denying the Holocaust. Anti-Semitism, like Islamophobia, is on the rise across America and Europe but we must not let this bigotry and hatred destroy or divide us.

We urge politicians and their leaders across the US and Europe to acknowledge that in this time of divisive politics it is all to easy to fuel religious and race hate with careless rhetoric. Respect and kindness are universal values we should promote towards one another.

No matter who we are, whether we have religious beliefs or not, we must all come together regardless of ethnicity, skin colour or race and stand as one against the sort of evil we saw unfold in Pittsburgh on Saturday. We must protect one another and make sure that we all feel safe in our communities as we go about our business. 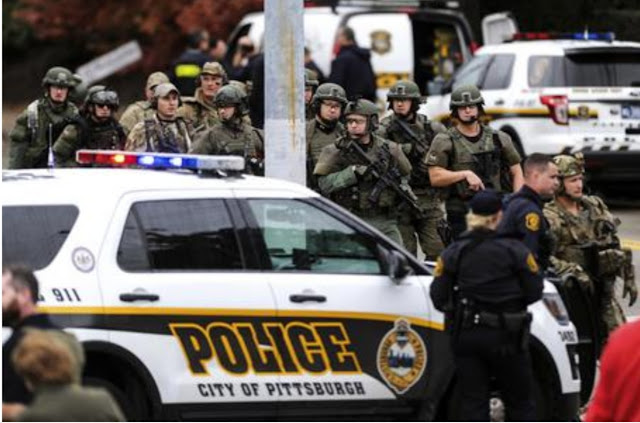