In the occasion of the holy month of Ramadan, Alfredo Maiolese President of EML had visited the brothers  of the new Mosque in La Spezia.
He had given lesson at the presence  of many muslims belongs of many countries. 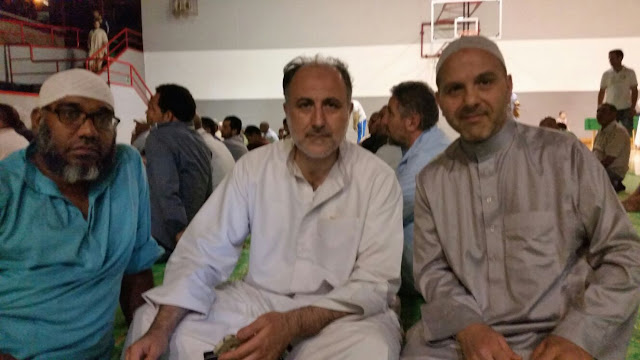 IN MEMORY OF MOHAMMED ALI

Over the next few days many of us will be reflecting on the great contribution boxing legend Muhammad Ali made to the world and the way in which he managed to touch all our lives whether we knew him or not.
He was many things to many people outside of the sporting arena; he was a peace activist, a humanitarian, anti war, a poet and a man of courage and faith who was prepared to go to prison for his beliefs when he refused to fight in the Vietnam war.

Today the European Muslims League pays tribute to this colossus of 20th-century American history who probably did more to promote awareness about injustice, race and religion than most.

After winning his heavyweight title in 1964, he then announced he had embraced Islam and wanted to be known as Muhammad Ali. As he publicly rejected what he called his slave name "Cassius Clay" it was a wildly unpopular thing to do but he did so without fear or favour.

He travelled the globe promoting Islam, he visited Palestinian refugee camps giving solidarity to his brothers and sisters there. Greeted and feted by presidents and royalty, he was never more at home than when he was engaging with young people, inspiring them with his confidence and love of humanity.

Like millions of people of faith and no faith around the world, we salute his courage and leadership both inside and out of the boxing ring.

Herewith our Ambassador in Ecuador  Prof. Yahya Juan Suquillo during a visit of Champion Mohanmed Ali in the Mosque. 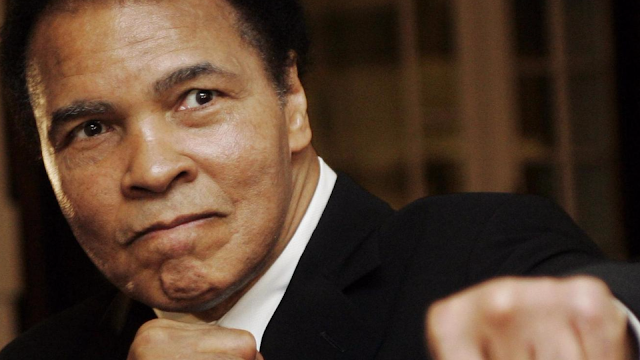 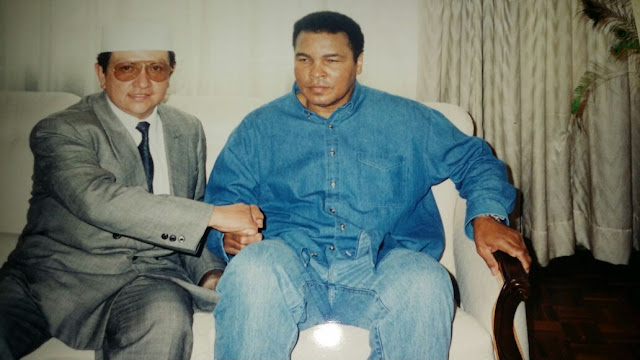