Today dawned with the horrific news that at least 11 people have been killed in what appears to be a far right-inspired shooting.

Our thoughts are with the families of those who died and with the survivors following the incidents at shisha bars in the German town of Hanau 25km east of Frankfurt.

German counter terrorism prosecutors have now taken over the investigation into what is being described as a xenophobic attack.
The perpetrator, according to various media, expressed extreme rightwing views in a letter of confession he left behind.

The shisha bars are known to be patronised by members of the Turkish and Kurdish communities, but at this stage little is known about the victims of this horrific attack.

However, regardless of the victims' faith, culture or identity EML offers the deepest sympathy to all of those affected by this horrific incident.

EML President Alfredo Maiolese, a leading figure in Europe's interfaith community, said: "The horrific scenario emerging from Hanau has shaken all of us to the core. Our thoughts are with every family which has been affected by this heinous crime.

"It makes those of us in EML, including our global network of peace ambassadors, more determined than ever to continue to promote our messages of love and understanding between all people of faith and none."

EML Secretary General Yvonne Ridley added: "The motives behind the attack are still being investigated but credible information emerging shows this hate crime was rooted in the rise of the far right.

"There is too much hate in the world today but our message of peace and mutual respect will continue because it will always be far more powerful than the hate which fuels the fire of xenophobia, Islamophobia, anti-semitism and other forms of hatred."

The President of EML Amb. Dr. Alfredo Maiolese and Secretary General Dr. Yvonne Ridlley and the entire Board of Directors, are delighted to announce the appointment as EML Ambassador of Peace to the United Nations of Dr. Dianko Lamine, Italian citizen of Senegalese origin. Amb. Dianko boasts a large experience in human rights, education of children, defence of Women and had partecipated many times at the Ecosoc conferences hold in Usa , Switzerland and Austria. With this nomination, the European Muslim League has therefore the possibility to access and to partecipate steadily to United Nations conferences. Eml and our ambassador can use the office inside United Nations, given to ONG in Geneva, Vienna and New York. Amb Dr. Dianko Lamine, leaving in Geneva, can follow the daily needs of our organization, being present at ONU offices. 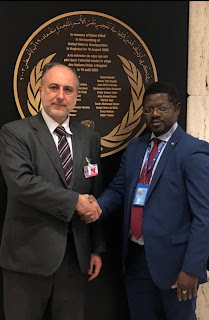 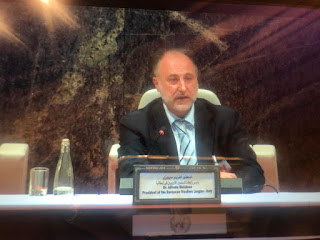 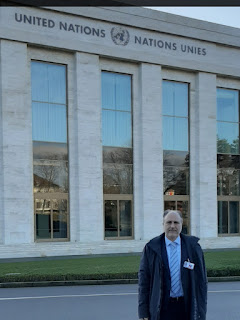 The President of European Muslim League Amb. Dr. Alfredo Maiolese, attended at the International Conference held at the United Nations Office,  on youth education in spreading the values ​​of pluralism and respect for religious and cultural diversity, supporting the culture of diversity.
Pubblicato da Media Office a 07:56 Nessun commento:

Eml representative in Albania Dr. Arben Ramkaj, supported a very important iniziative.
The conference "Safe Internet as part of education for a modern  society. This conference brought together specialists, university professors, school leaders, teachers, parents, students, NGO representatives and State Police and the media. Elbasan District Prefect Mr. Maksim Malaj welcomed the organizers and praised the conference as a wonderful space to exchange messages for safe use of the Internet. The participants expressed their views on concrete ways of education as we cannot stop accessing the internet but prevent the risks through education. 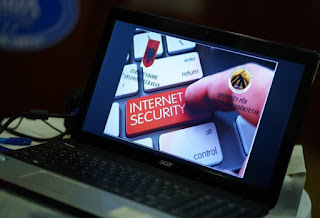