The European Muslim League is appalled by the London attack which brought terror and carnage to the heart of Westminster where the mother of parliaments sit.

Reflecting its truly cosmopolitan nature, the number of those injured on Westminster Bridge as a car ploughed into them included: South Koreans, Germans, Polish, Irish Chinese, Italian, Greeks, Romanians, American, French and Spanish.

A heroic policeman was stabbed to death in the line of duty as he ran towards the trouble while urging others to run in the opposite direction. Another who died was a woman of Spanish origin who was going to collect her young children from school, it was a journey brought to a sudden and brutal end as she crossed the famous bridge.

Sadly, within hours of the terrorist atrocity in London, two contrasting images emerged in one of the world's most famous capital cities.

There were words of hatred spewed by a well known right wing extremist not worthy of naming who was screaming at the TV cameras and anyone who would listen to him that Islam was to blame.

Another voice was from someone who really knows the pain of loss and terror ... Brendan Cox, husband of the British politician Jo Cox who was murdered last year in a terrorist attack at the hands of a right wing extremist. Mr Cox said the attacker in no way represents Muslims any more than his wife's killer represents people from Yorkshire, referring to the county where she was murdered as she carried out her duties as a Member of Parliament.

While it is far too premature to play the blame game it is important that acts of terrorism are seen exactly for what they are: heinous crimes carried out by the individuals who plan and perpetrate them. These crimes are not the collective responsibility or blame of anyone else.

We note that the media has acted with great restraint in its coverage of this particular act of terrorism in which five people are now dead, including the British-born man who carried out the atrocity.

Whipping up hate against communities of faith through headlines serves no purpose at all other than to create division and this is exactly the goal of those who plan and support these attacks. Ordinary Muslims across Britain and the rest of Europe will be appalled by Wednesday's events.

Alfredo Maiolese, president of the EML said: "I will be writing to London Mayor Sadiq Khan to express in equal measure our sympathy and admiration to all Londoners in these difficult times but the message today is very clear from all of us around Europe to those out there who want to bring terror to our streets: 'We will never let you win, whoever you are'."

The EML message today is one of unity because unity is the key to standing up to the terrorists as well as the refusal to let fear change or alter the course of our normal, everyday lives. It is with admiration we look at Londoners today as they put on a united front. People of faith and no faith coming together determined not to let the terrorists interfere with their freedoms and liberties.

Tonight, as members of one of the most diverse populations in the world come together to stand in unison in London's famous Trafalgar Square for a peace vigil, the European Muslim League is proud to stand alongside them all and salute their courage and determination. Only through hope can we silence hate and let the terrorists know they will never win. 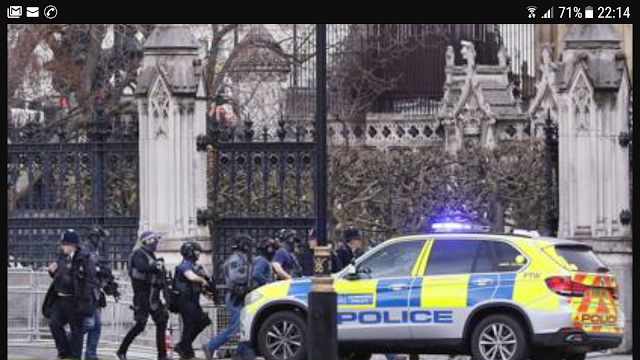