On the occasion of the Festival of Sacrifice Aid Adha, the Islamic community in collaboration with the Humanitarian Foundation was able to distribute food for more than 1000 needy. We thank everyone and in particular Ambassador of Peace of European Muslim League in Venezuela Dr. Ven Kassem Tajan.

A year ago a bridge collapsed in Genoa,Italy  and 43 people died. Some even Muslim. Today, 12 months later, in front of the President of the Italian Republic, the Prime Minister and many Ministers, the President of the EML Amb. Alfredo Maiolese have been invited to speak. This confirms the right work that all members are doing to make it important and reliable the organization. 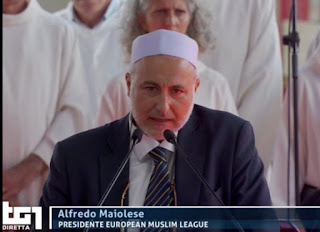 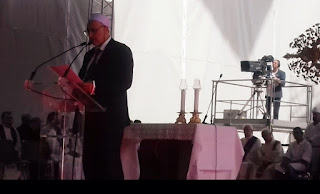 The European Muslim League has been watching events in Indian-administered Kashmir with growing concern this week and urges the European Union to intervene in an effort to calm the situation as we enter the blessed period of the religious festival of Eid al-Adha.

We are also concerned about the safety and human rights of those Muslims living in Kashmir where hundreds of thousands of Indian troops now occupy the region.

All forms of communications have been cut off and we now learn that the region's political leaders are under house arrest making it virtually impossible for families from the large Kashmiri diaspora in Europe to make contact with their loved ones.

Until Article 370 was revoked earlier this month by the Indian government, the constitution protected the status of the Indian-controlled state of Jammu and Kashmir.

Now that decision is being challenged in India's Supreme Court as some lawyers say the current action is in breach of United Nations resolutions and regulations. For instance, the UN Security Council Resolution 47, means India is obliged to establish a coalition government to work with the UN nominated Plebiscite Administrator.

Apart from ensuring India works within the UN framework of rules and regulations, EML also urges the international community to intervene as concern for the safety of Muslims in Kashmir is heightened.

Both the nuclear powers of Pakistan and India have engaged in two futile wars over Kashmir in the past and it is important that today both sides tone down the current rhetoric in preference for peaceful alternatives.

We feel it is important for the international community to rally around both sides in order to find a peaceful solution and a working diplomatic solution to help restore normal relations between Pakistan and Indian for the benefit of the 12 million Kashmiris living there.

Finally, it is important to emphasise that the Kashmiri right for self determination is enshrined in international law and the people living there should determine their own future. 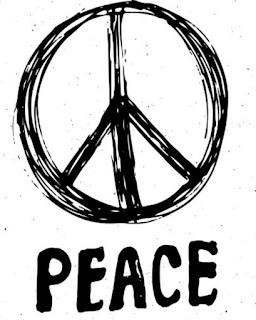 To Muslims around the world.

The European Muslim League is happy to wish everyone Eid Al-Adh’ha AL-Mubarak after the end of the Hajj in the month of Thul Hijjah.

How ever you will mark the occasion of Eid AlAdh’ha AlMubara, EML sends out a message of peace and harmony to all Muslims and those of other faiths and none on this blessed occasion.

For many, Eid will begin on Sunday evening and end on Thursday, although dates may vary, but we hope the spirit of the occasion will extend to the coming year in terms of promoting unity, peace, security, safety and happiness.

Sadly, the world is a deeply troubled place from East to West especially in the predominantly Muslim lands of Syria, Yemen and Indian-administered Kashmir. We would therefore urge Muslims, whoever you are, wherever you worship, to practice the spirit of Eid every day and pray for peace.

The coming days will give an opportunity to those Muslims who are able to, to give generously to charity to help those suffering hardships worldwide. As well as charitable donations, we remind everyone that charity can also involve nothing more than a kind thought, word or deed.

Peace be upon all of you from EML including our growing number of global peace ambassadors whose network now spreads across all five continents.