Dr. Arben Ramkaj member of EML in Albania is a very active representative of our organisation.
He is making a lot of efforts in Albania and Balkan to spread the right Islamic religion and to serve the Muslim community.
Here during the seminar with not Muslims speaking how fighting extremism and intollerance. 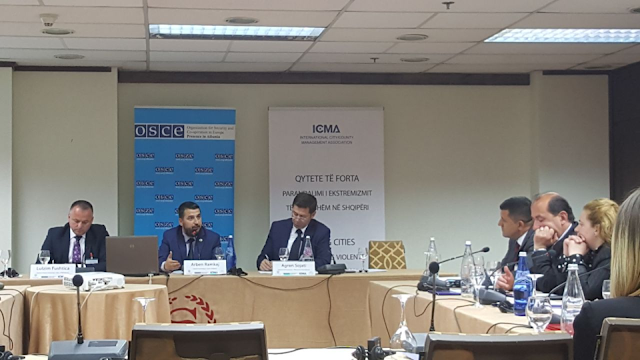 On invitation of Permanent Observer Mission of the Organisation of Islamic Cooperation  (OIC) to the European Union, our Secretary General Mrs Yvonne Ridley,  had meet in Bruxelles, Ambassador H.E. Mrs Ismat Jahan.
In a cordial meeting the two representatives, had discussed the mutual and future cooperation between OIC and EML in Europe for supporting peace and integration. 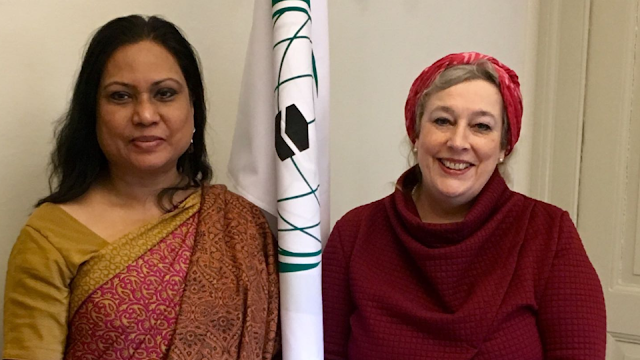 Paris is once again the target of ISIS terrorism, which brutally attacks the law enforcement. We express our pain for the victims and our closeness and solidarity with their relatives, colleagues and friends. Our solidarity then goes to all the French people who have repeatedly been hit by Jihadist violence, aimed at upsetting peaceful coexistence in the country and radicalizing public opinion in the nationalist and xenophobic direction. We will remember the victims of this latest attack and all French citizens. 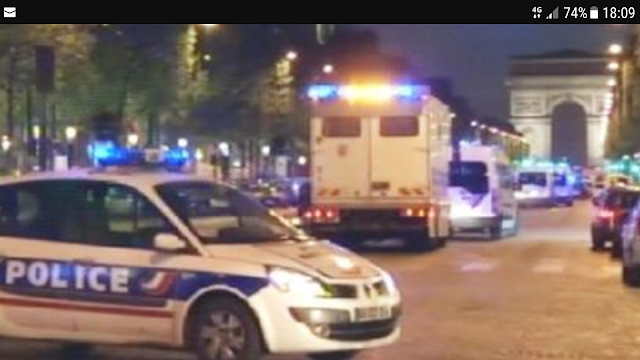 The focus of the world has now moved to Egypt after 43 people were killed and at least another 100 were injured in bomb attacks on two Coptic churches that also included the seat of the Coptic Pope.

This is the latest assault on a religious minority which has become increasingly targeted by Daesh, also known as the so-called Islamic State.

By coincidence European Muslim League President Alfredo Maiolese was in Cairo for an international conference when the attacks in Fanta and Alexandria occurred.

EML President Maiolese, who is a strong leader on matters of interfaith, expressed his horror and sadness at the attacks which he noted happened a week before the Coptic Easter and the scheduled visit of Pope Francis to Egypt later this month.

"It seems that we can not pass a day without some atrocity, somewhere in the world, ripping the heart out of a community. That these particular attacks on the Christian communities in Egypt happened today, Palm Sunday, when millions around the globe are marking this poignant event in their calendar defies belief.

"We at EML are appalled by the cowardly nature of these two attacks on people while in the act of worship. I want our Christian brothers and sisters, where ever they are in the world today, to know that we are standing in solidarity with them and that they are in our thoughts and prayers.

"The vile acts of these cowards will not fragment our friendships or beliefs but will serve to make us stronger together and unite us in our different faiths rather than divide us," he said.

President Maiolese was speaking from Intercontinental Hotel in Cairo where he is attending a conference on International Relations.

The first bombing, in Tanta, a Nile Delta city about 100 km (60 miles) north of Cairo, tore through the inside of St. George Church during its Palm Sunday service, killing at least 27 people and injuring at least 78, according to the Ministry of Health.

The second, carried out a few hours later by a suicide bomber in Alexandria, hit Saint Mark's Cathedral, the historic seat of the Coptic Pope, killing 16 people, including three police officers, and injuring 41, added the ministry.

Coptic Pope Tawadros, who had attended mass at Saint Mark's Cathedral, was still in the building at the time of the explosion but was not harmed. he said shortly afterwards: "These acts will not harm the unity and cohesion of the people." 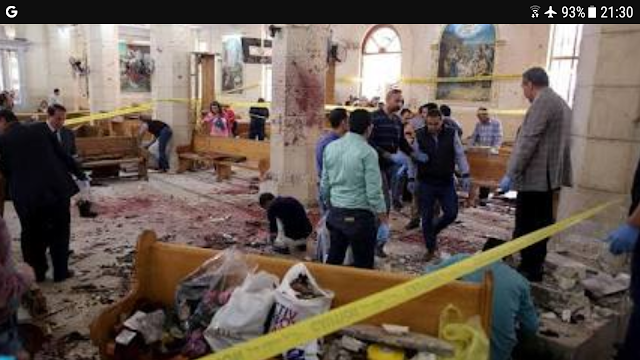 Once again, another European country is reeling from a terror attack aimed at innocent citizens going about their daily lives.

Four people were killed and 15 more were wounded when the hijacked beer trucked was turned into a lethal weapon as it crashed on a busy shopping street.

Today the European Muslim League joins the people of Sweden in their mourning and grief on yet another tragic occasion designed to strike at the heart of European democracies.

EML President Alfredo Maiolese  and Secretary-General Yvonne Ridley said: "Once again terror has been brought to innocents in another street in another European city. We stand with the Swedish people and echo the sentiments of their Prime Minister who has vowed that terrorism will never undermine Sweden's democracy." 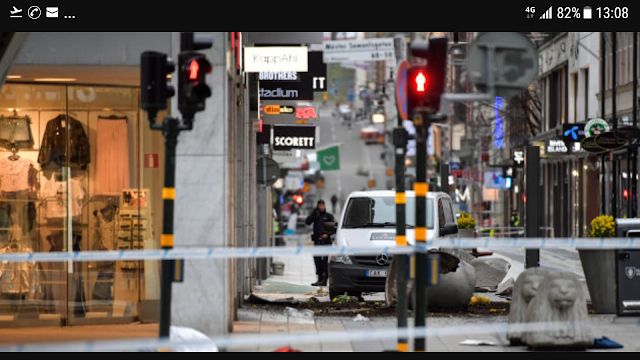 The representative of European Muslims League in Albania, dr. Rudina Collaku had organized an important symposium.
Topic
" Brief introduction of the Women Center for Development and Culture - Women as a successful model in the humanitarian, cultural and charitable work .
We thank her and all the collaborators for the brillant result of the meeting. 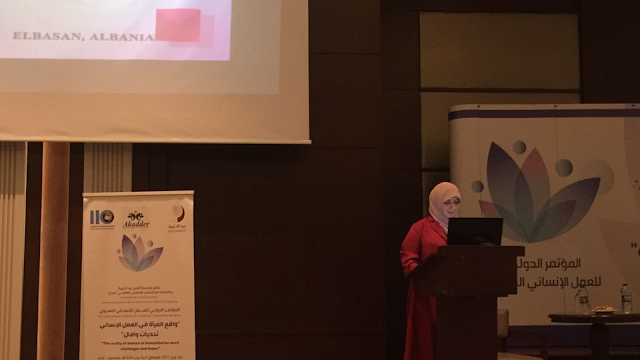 The European Muslim League today expresses its deepest sympathy and sorrow for the victims of the bomb attack on St Petersburg's metro system as well as to the survivors and their families.

For people to be cut down so brutally as they go about their everyday lives is nothing short of horrific and is designed to cause terror and instil fear in peoples' lives.

As we stand in solidarity with the people of St Petersburg we also send out a clear message to those behind this horrific attack: far from spreading chaos you have united everyone in their grief to stand firm against your brand of terror. The courage and resolve of the Russian people has been seriously underestimated if the aim was to spread fear.

Alfredo Maiolese, the President of EML, said today: "People of faith and no faith have come together to share their grief and sorrow over this terrible event. Terror has no religion and I can't think of any faith that could justify the carnage and wanton destruction caused to those travelling between the Sennaya Ploshchad and Tekhnologichesky Institut stations.

"As we send our condolences to the grieving families we also send our prayers to the survivors. Today the right thinking people of the world are united in grief with the Russian people." 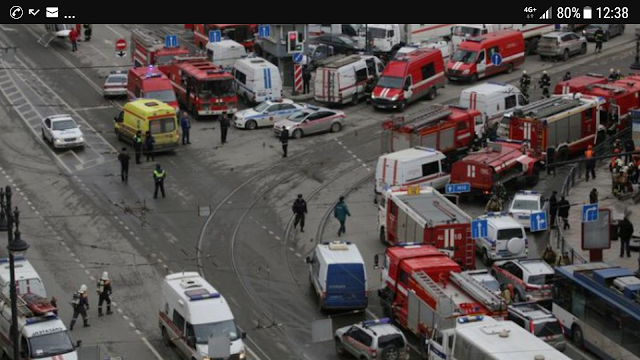