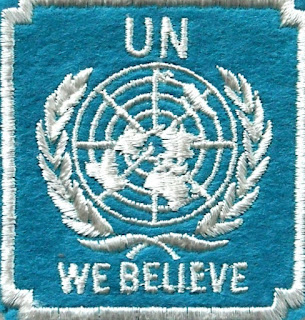 COVID 19: EML endorses calls for universal ceasefire in war and conflict zones
Our world is in the grip of a common enemy which has no care or thought for faith, nationality, culture or gender.
The coronavirus has shown it will strike anywhere and target the most vulnerable in our midst including the disabled, old and infirm.
The thought of it rampaging through the thousands of refugee camps around our troubled world is indeed a fearful prospect.
That is why we at the European Muslim League welcome the call for an immediate global ceasefire made by the
UN Secretary General, António Guterres.
EML is not alone in its views; our global peace ambassadors also fully endorse the call for an international cessation of all conflicts and welcomed similar calls made by the leader of the Roman Catholic Church, Pope Francis.
Speaking at his weekly blessing, delivered from the official papal library instead of St. Peter’s Square because of the lockdown here in Italy, he singled out the call for a global ceasefire so the world can focus on fighting the coronavirus pandemic and specifically mentioned the appeal Guterres had issued.
Despite some encouraging news in some parts of the world, it is clear the coronavirus epidemic is far from over, according to the World Health Organization.
While the United States recorded its deadliest day yet on Monday, with another 540 deaths taking its fatalities past 3,000, infections have now exceeded 770,000 cases worldwide. America, Italy and Spain have all overtaken mainland China in confirmed cases.
EML President Alfredo Maiolese said: "Parallels on the social effects of the pandemic have been made with World War Two and the 1918 Spanish flu outbreak which killed an estimated 50 million. Therefore we welcome the call by Mr Guterres and the endorsement by His Holiness, Pope Francis to bring an end to all wars so we can focus on this battle against Covid 19.
"It is vital that the UN is allowed to succeed in mediations for peace in the world's conflicts especially those in the Middle East. Humanitarian aid is already over stretched in countries like Syria, Yemen and Libya."
EML Secretary General, Yvonne Ridley added: "Millions across the Muslim word depend on aid for their existence and the arrival of this pandemic in the refugee camps and war zones will undoubtedly bring about the collapse of the already fragile health systems in place.
"Covid-19 is our common enemy and unless the world unites as one fighting this pandemic will be all the more difficult. The only way to respond is by bringing about a universal ceasefire in all wars so we can can use our energies, instead, to end this deadly pandemic." 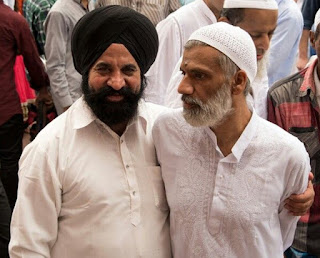 The European Muslim League (EML), and all it's Ambassadors around the world are deeply saddened and condemn the attack on Sikh worshippers in Kabul on the 25th of March 2020. The attack took innocent lives, which goes against the practice of any religion known to mankind. As the world deals with COVID-19, a virus that is not seeing race, religion, class or creed, it is unfortunate that we have human beings concertedly working on spreading hatred and violence. EML stands in solidarity with the Sikh community all around the world. We have much to learn from the Sikhs around their principles and practices when serving humanity. We hope EML can continue to use our inter/intra-faith and pluralism approaches to build a world where peace is afforded to all, particularly minority communities. A particular thanks for our Ambassador in New Zealand Tayyaba Khan who is very active in this days in Auckland to meet and convey the condolences to the Sikh community of N.Z.
Pubblicato da Media Office a 04:17 Nessun commento:

These are indeed unprecedented times and the European Muslim League is urging everyone to remain calm and responsible in the face of the biggest health challenge which may come to define the 21st century.

It is with frustration and sadness that EML notes harmful propaganda, fake news and false hopes is also growing alongside the coronavirus COVID-19 pandemic.

It is difficult to know the origins of this misleading propaganda but those of us of faith and no faith are being equally challenged and tested. No doubt, human nature being what it is, we will all be facing this test in different ways, but it is vitally important we are able to disseminate facts from fiction.

The World Health Organization (WHO) and the majority of governments are working closely to make sure the most reliable information and guidance is released.

We all have a key role to play in minimising the likelihood of transmission and impact on communities and while some measures may seem drastic, only bold and effective action can reduce the risks to us all whoever we are, however we pray or don't. 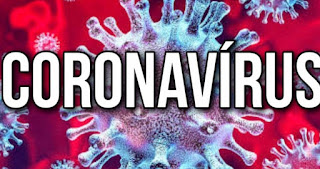 The World Health Organisation (WHO) is urging a whole-of-society approach to respond to COVID-19 and we all need to play our part and act like responsible citizens. This is going to be very much a case of people-before-politics  as governments come together in a coordinated effort to combat this pandemic.

While heads of states are coming together we, as individuals, must act from the grassroots accordingly. Facts and details can be accessed from local government and health websites and these are the places where EML recommends individuals go for essential and reliable information.

False hopes and propaganda will always flourish in a climate of fear. We saw this when HIV/AIDS emerged in the 1980s with rumours spreading that anyone could be contaminated simply by sharing toilets, swimming pools and even touching door handles used by sufferers.

Much of the fear back then was whipped up by the arrival of 24 hour news channels. Today we have the social media networks, fake news and smart phones which can see false information go viral within seconds.

It is the duty of each and every one of us to act in a responsible manner and deal only in the facts as they reach us from official, reliable sources.

Covid19 is not a common cold, nor is it a device to crash stock markets or cull the elderly. It is a deadly virus, a killer in our midst - but so is ignorance and we must do our utmost to guard against both.

Our Ambassador of Peace to Venezuela and coordinator for Latin America, Dr. Ven  Kassem Tajan, had been received by H.E.  Dr. Naser Elanzi Ambassador of Kuwait to Caracas. Kuwait has always shown attention to our activities, in favor of peace and the protection of human rights.
Pubblicato da Media Office a 11:51 Nessun commento:

We at the European Muslim League can not begin to imagine the heartbreak caused to pilgrims who have had their trips to Makkah cancelled because of the coronavirus outbreak.

For millions of Muslims the chance to perform umrah or hajj is a once in a lifetime opportunity, an event which is often a life-changing or reaffirming commitment to Islam.

The decision by Saudi Arabia's Ministry of Hajj and Umrah to temporarily suspend entry to the kingdom to prevent coronavirus spread can not have been an easy one to make. Travel has also been suspended to Prophet Muhammad's mosque in Medina.

However at EML we and all of our global ambassadors of peace are united in the view that this was the only course of action open to the Kingdom of Saudi Arabia.

"This virus is complex but it can spread quickly wherever there are large gatherings. In order to combat coronavirus and contain it, it is essential we all co-operate with the advice of health officials in our localities.

"My thoughts go out to the would-be worshippers who were looking forward to performing their pilgrimage to Makkah," said EML President Alfredo Maiolese in a letter to concerned Muslim groups.

The coronavirus has already had a dramatic effect on Islamic worship across the Muslim world and in Iran there has been a cancelling of Friday prayers in major cities.

The virus has now spread to more than 25 other countries around the world including the US, the UK, Singapore, France, Russia, Spain and India. The World Health Organization (WHO) has declared the outbreak an international health emergency.

Coronavirus is no respecter of boundaries, faiths, nationalities or culture. We are all at risk and to this end we must act in a calm and panic-free manner to overcome this global public health emergency.