The President of the European Muslim League EML Envoy Alfredo Maiolese participated in the awarding of the most beautiful poems written by the children at the invitation of the Garibaldi school complex. On this occasion, dr. Maiolese awarded Loris Arena for his social commitment to the community. 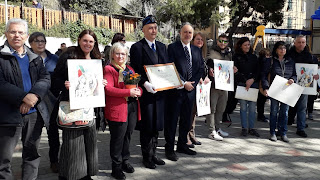 Our representive in Albania Dr. Arben Ramkaj invited by OCSE. More than 300 high-level participants including political representatives, national counter-terrorism co-ordinators and experts from the OSCE’s participating States and Partners for Co-operation, as well as representatives from international and sub-regional organizations, academics and civil society will meet in Bratislava on 25 and 26 March for the annual OSCE-wide Counter-Terrorism Conference. 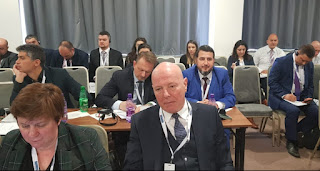 During the two-day conference participants will take stock of efforts to prevent and counter terrorism as well as violent extremism and radicalization that lead to terrorism (VERLT) in the OSCE area.
The European Muslim League engaged from many years in the prevention of conflicts is glad for this invitation and thanks the Secretary- General of Ocse and all the members for this important event.
Pubblicato da Media Office a 10:14 1 commento:

This morning we in Europe awoke to the horrific news that 49 Muslim worshippers had been killed and at least 20 more wounded in shootings at two mosques in Christchurch, New Zealand.
The European Muslim League extends its heartfelt sympathies and prayers to the 44,000-strong Muslim community living there as they struggle to come to terms with this shooting, the worst in the history of their country.
A man in his late twenties has already been charged with murder and will appear in court on Saturday morning in what police are treating as an extremist, right-wing terror attack.
We sincerely hope this horrific event does not deter Muslims and people of other faiths from going to their places of worship today or any other day. Everyone, no matter who they are or how they pray should be allowed to do it freely and without fear.
However, we would also add, that this crime is what happens when hate spirals out of control. EML would urge politicians of all stripes to be careful in their choice of language and rhetoric when speaking about or referring to minority groups here in Europe and elsewhere.


In the meantime we would urge people of faith and no faith to come together in a spirit of unity in memory of those who died as they worshipped in the two mosques in Christchurch, New Zealand. Peace, understanding and tolerance is needed today more than ever. 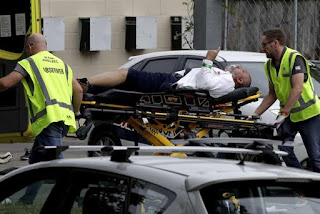 Our Ambassador of Peace Sh. Prof. Hassan Chizenga visits the native Maasai of Tanzania. They, who have lived for centuries according to tribal traditions listen with interest to the religion of Allah. Many of them have accepted Islam. A special thanks to Ambassador Chizenga for his commitment and his efforts by the EML and the Presidency. 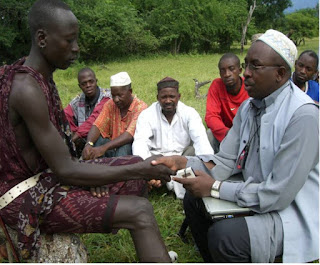